A key factor of cognitive neuroanatomy is accurate measurements of structural fibers that connect cortical regions composing functional and anatomical networks. We measure these structural fibers with diffusion MRI and tractography in addition to computational approaches to delineate neighboring tracts from one another. For example, our recent work has focused on vertical tracts within ventral temporal and occipital cortices (see image below). We also recently showed that these tracts connect ventral face-selective regions to dorsal visual field maps, which likely contribute to building resilient functional networks.

We also measure tissue properties of these fibers with additional methods such as quantitative T1. For example, the VOF can be discriminated from neighboring tracts based on differences in myelination as shown in postmortem histological tissue. We can measure this difference quantitatively in a large dataset of living human brains. 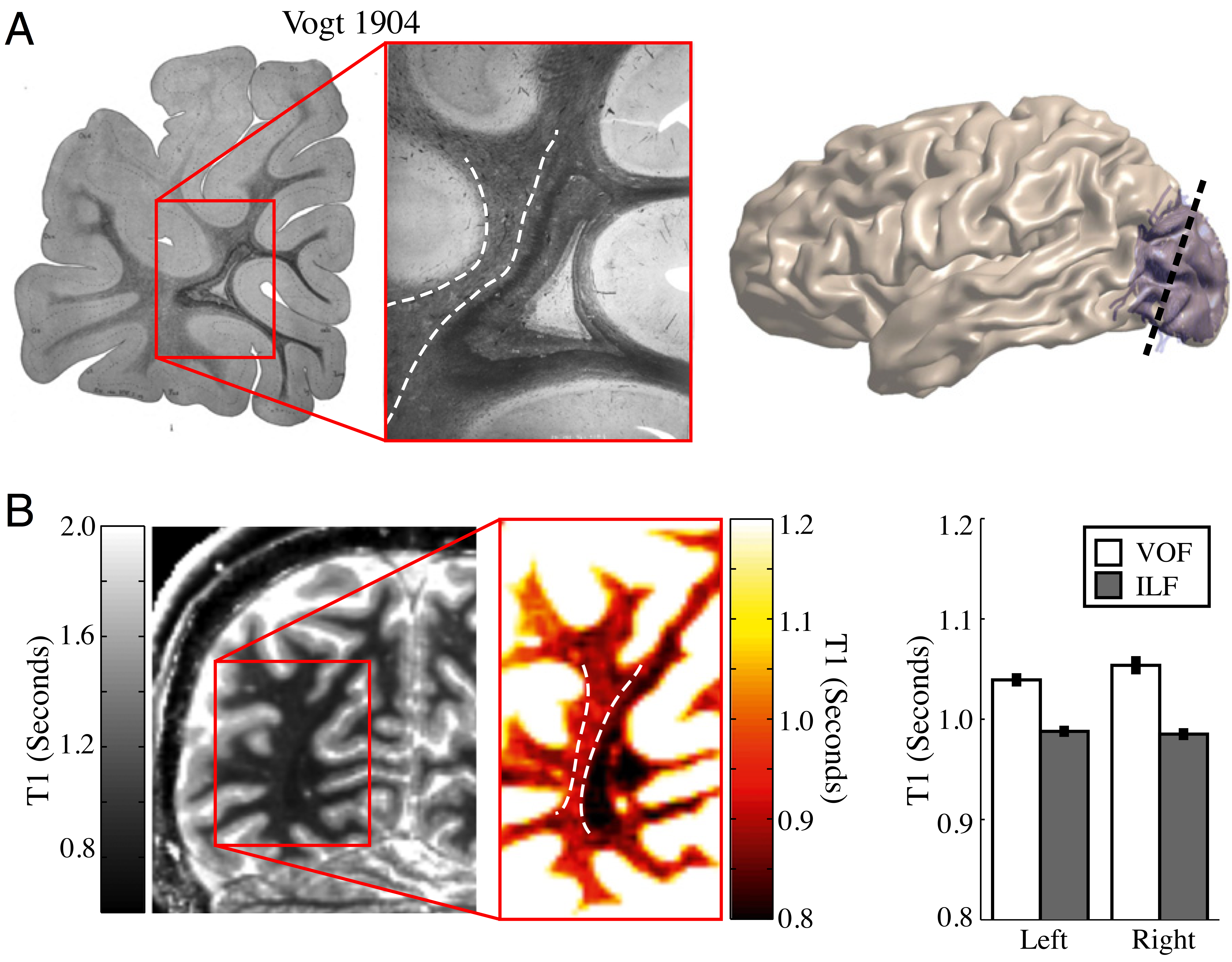 (A) Consistent with our interest in the history of neuroscience, this is a postmortem section from Vogt (1904) stained for myelin. The VOF stains lighter than nearby occipital lobe tracts, the ILF, IFOF, and optic radiations. (B) In vivo quantitative T1 measurements capture the same differences in occipital lobe white-matter tissue properties as the postmortem myelin stains. The expanded T1 scale for the inset shows that T1 in the VOF is higher than in the adjacent medial tracts (ILF). The difference in T1 between the VOF and ILF is present in each brain and the mean difference in T1 is highly significant (P < 0.001, n = 74) (error bars are mean ±1 SEM). Adapted from Yeatman et al., 2014.

Future work will focus on these and other pathways, as well as (1) how they develop, (2) what functional regions they connect, (3) what cytoarchitectonic areas they connect, and (4) how their microstructural tissue properties differ from one another.