How structural and functional features of the brain develop to support high-level visual processing is an important question in the extended neuroscience field. In collaboration with Kalanit Grill-Spector and the VPNL, we have recently shown that the topological layout of some large-scale maps is similar in children, adolescents, and adults. Specifically, functional representations that are biased toward the center of the visual field are cortically positioned on the lateral side of the mid-fusiform sulcus (MFS), while functional representations that are biased toward the peripheral portions of the visual field are positioned medial to the MFS. Thus, the MFS is a useful functional landmark across development. 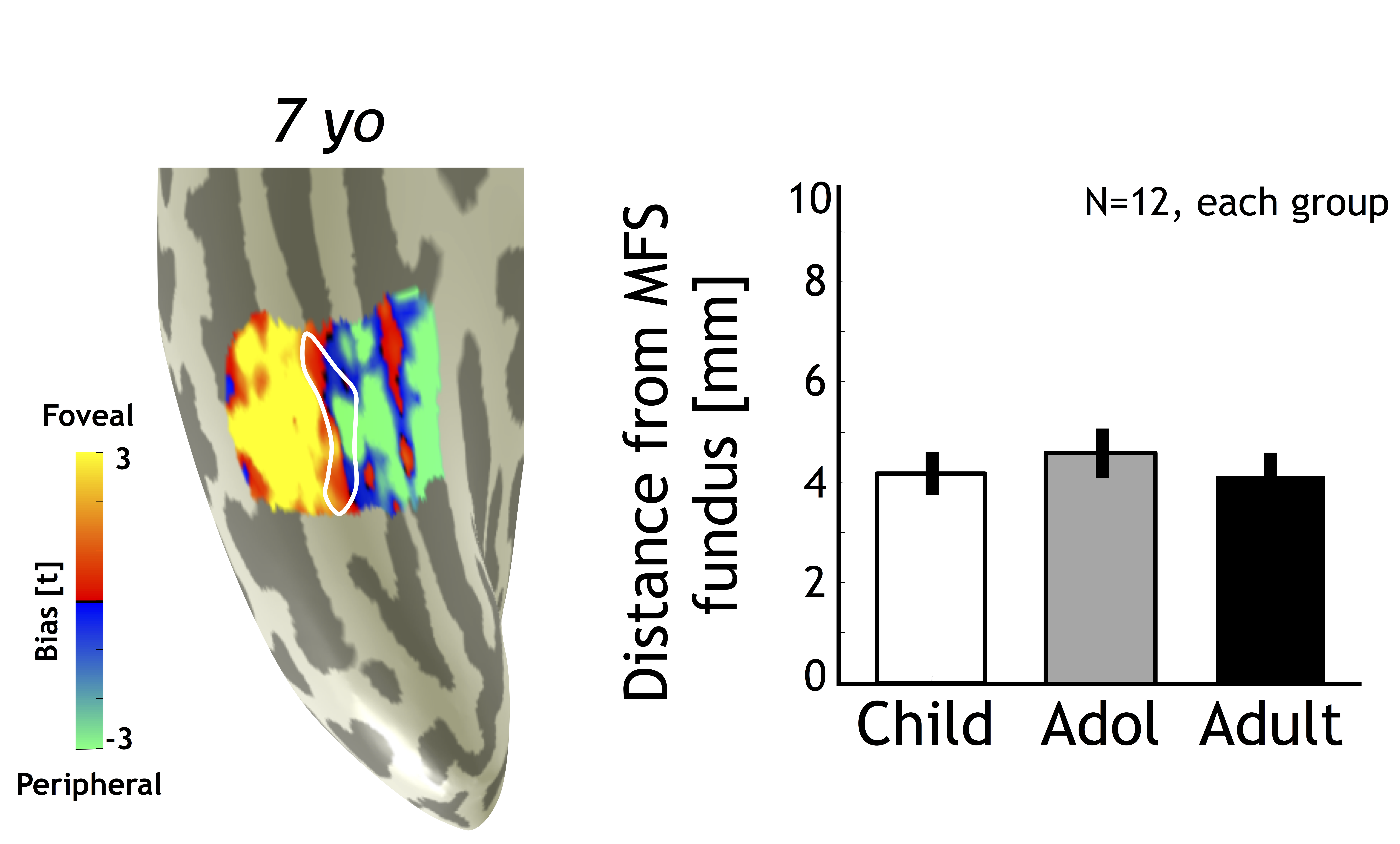 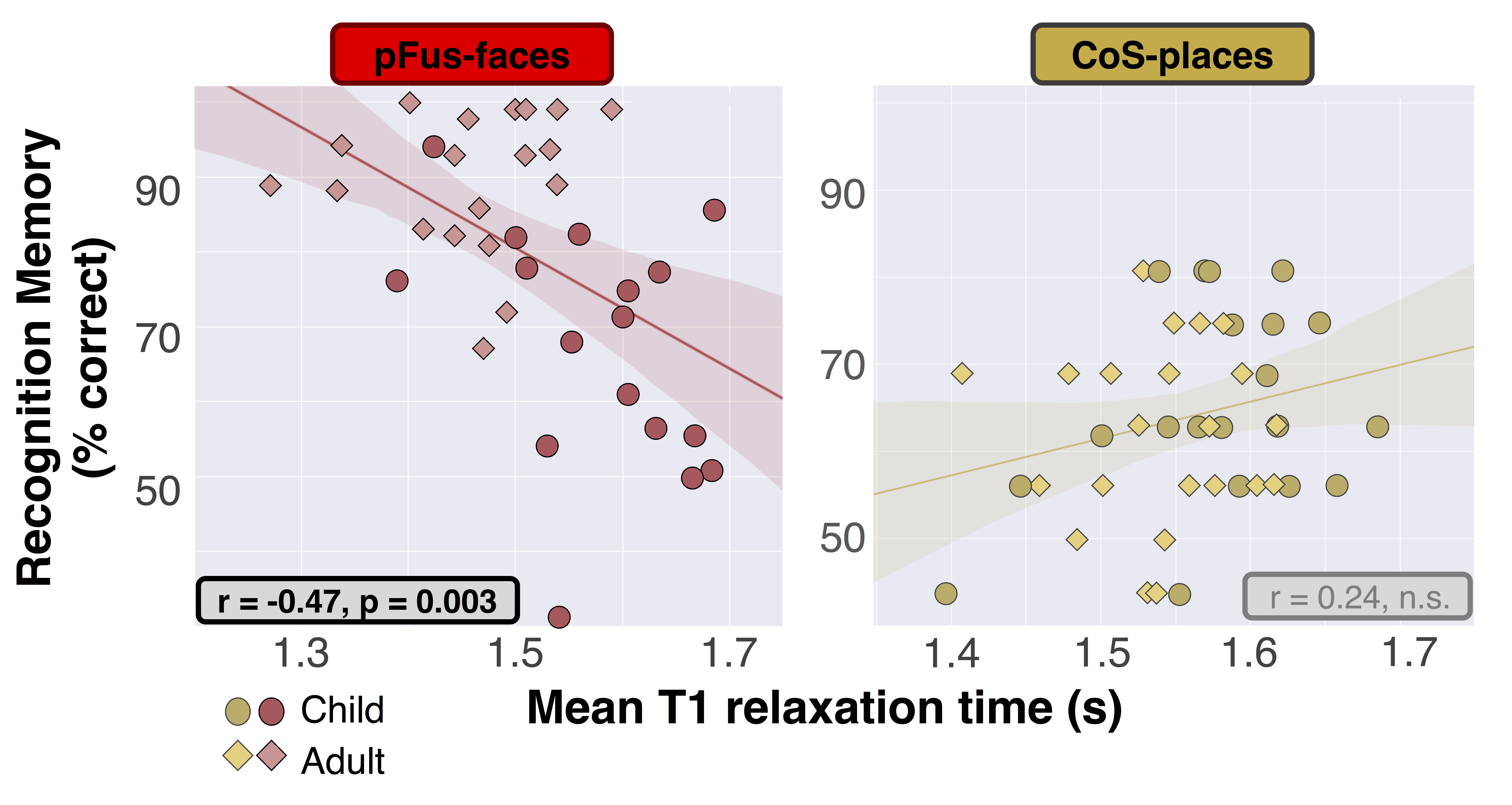