A passion of the CNL is the accurate preservation of ideas in the history of neuroscience. While so much information is freely available on the internet, there is still a lot of information that remains within neuroanatomical atlases in the stacks of reference libraries. We are especially interested in the time period between 1850 and 1900 during which many arguments were taking place regarding the naming of brain structures. As we have written about, the fusiform gyrus (FG) is not only the favorite neuroanatomical structure of the CNL, but also a structure that has been highly contentious throughout history (reviewed in Weiner and Zilles, 2016). 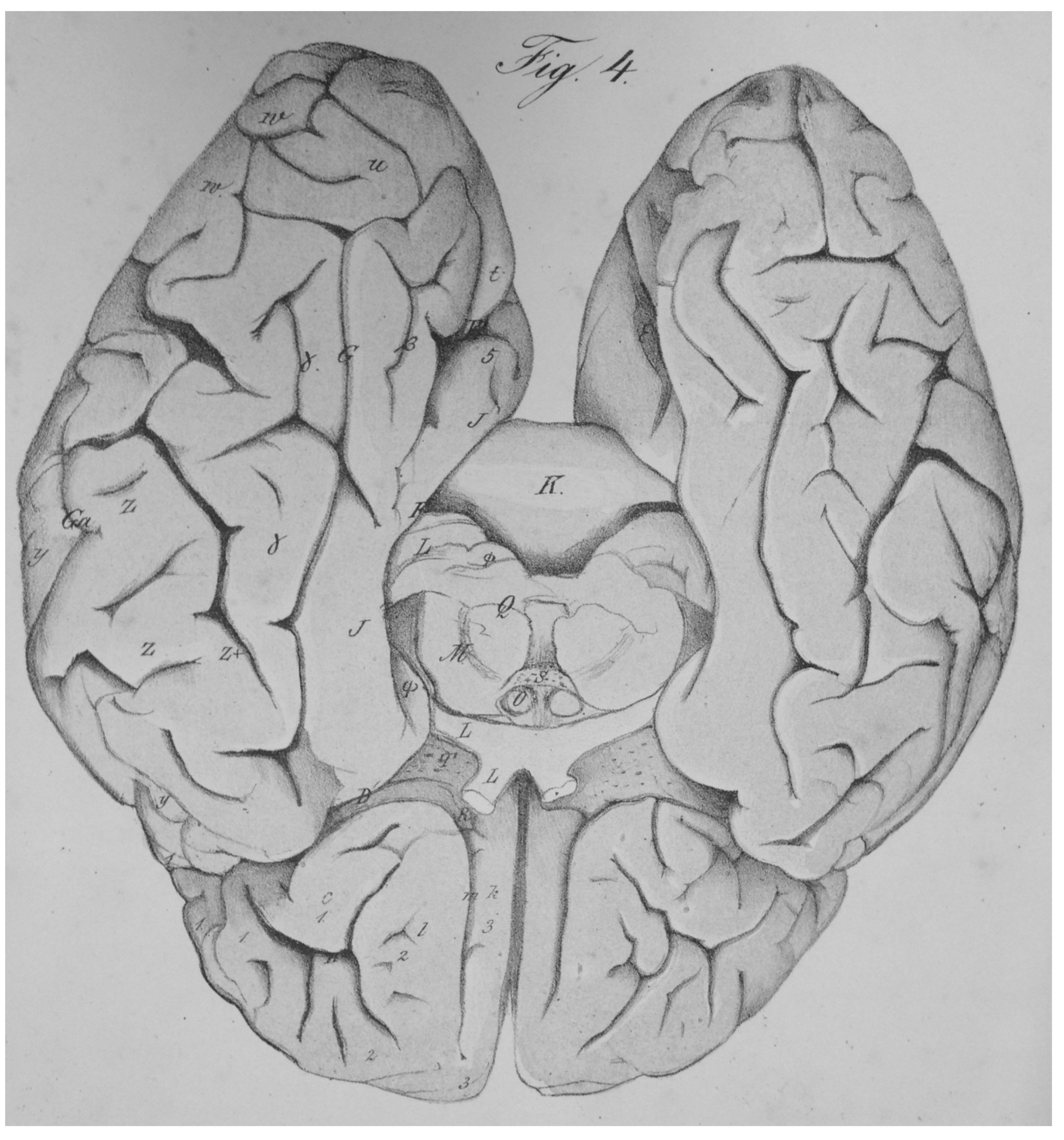 The first lithograph of the fusiform (δ) gyrus in humans from Huschke (1854). Image courtesy of Lane Medical Library, Stanford University, and included in Weiner and Zilles, 2016. Huschke specifically referred to this structure as ‘Spindelwulst’ (fusiform gyrus) due to the fact that it was wider in the middle than at its ends, similar to the shape of a spindle. Because this label was descriptive in nature, Burt Green Wilder  preferred the name ‘subcollateral gyrus’ because the fusiform is inferior to the collateral sulcus and still others, like Adolf Pansch, preferred ‘lateral occipitotemporal gyrus.’  To this day, fusiform and lateral occipitotemporal gyrus are still used interchangeably.

Additionally, we are particularly interested in arguments that have caused neuroanatomical structures to be written out of history (Yeatman, Weiner, et al., 2014 PNAS), as well as in how secretive societies once existed to study the brains of “eminent” people and how flavors of these societies still exist (Weiner, 2014 Nature; Weiner, 2015 Brain and Cognition).