Over the last decade, we have been implementing high-resolution functional magnetic resonance imaging (HR-fMRI) studies of high-level visual cortex. HR-fMRI samples voxels that are close to an order of magnitude smaller (3.375 cubic millimeters) than the size typically used (27-125 cubic millimeters) in fMRI studies. Our findings have revealed that what are considered visual ‘areas’ in high-level visual cortex actually consist of smaller clusters that are anatomically and functionally distinct. For example, the fusiform face area contains at least two components, mFus-faces and pFus-faces, that (1) are about 1-1.5cm apart, (2) are differentially predictable by cortical folding, (3) show different amounts of adaptation, (3) have different population receptive field sizes, and are cytoarchitectonically distinct. These studies were conducted on a 3T scanner and moving forward, we are excited to probe the high-resolution structure of these regions and of other cortical systems even further with UC Berkeley’s NexGen 7T scanner. 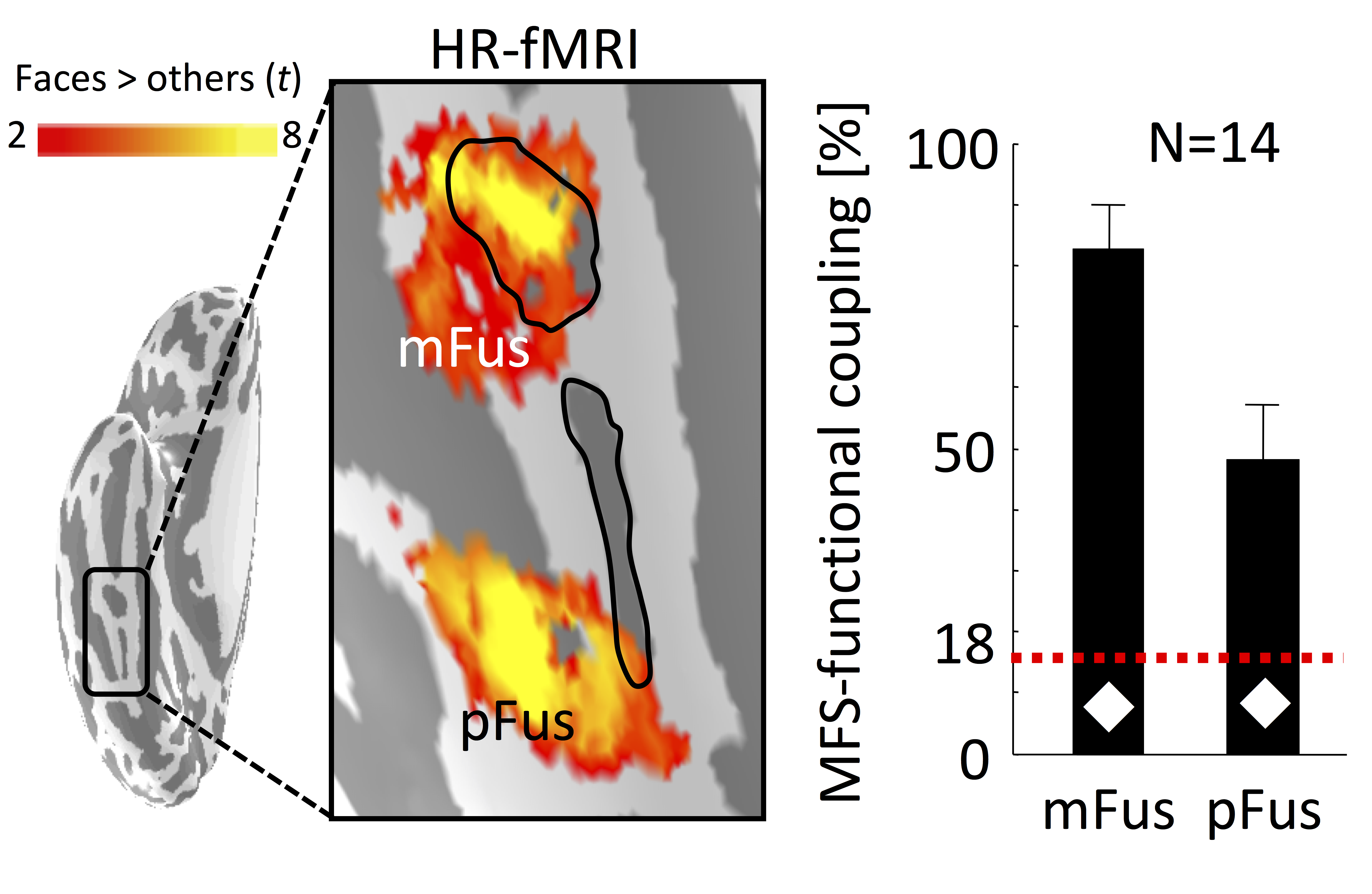